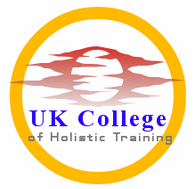 Cost: £185.00  (185 Pounds Sterling)
A FREE textbook will be included for students from the UK. A course manual is also provided in PDF format.
Extra costs & shipping may apply for some non-EU countries - see apply page for details.

This course, summarising some 50 years of research,  provides a detailed account of the discovery and preservation of the Dead Sea Scrolls, their relationship to the Old and New Testaments and to apocryphal scriptures; the belief systems and culture of the Qumran group; and controversies and fringe theories surrounding the Scrolls. The set text provides new perspectives on interpreting the Biblical evidence.  It provides clear explanations of the diversity of ancient scriptural and related texts and how the Scrolls have helped scholars revise their theories about the provenance and significance of the Biblical documents. The non-Biblical scrolls which comprise about 75% of the collection are also extensively discussed, revealing the beliefs and rules of the Qumran community.   This course is suitable for students new to Scroll study or for advanced students who will find additional information and commentary.

The course will allow students to evaluate some of the sensationalist claims (including conspiracy theories) that have been made about the Scrolls in popular books, and to appreciate the Scrolls discoveries as important for the history of religion and for understanding the people of ancient Israel and the development of early Christianity.

What you will learn about:

How the Dead Sea Scrolls were discovered

The use of technology in Scrolls research including dating and preservation

Can the Scrolls help us understand how the books of the Bible came to be fixed as a canon?

What the nonbiblical Scrolls tell us about Qumran

The laws and customs of Qumran society

The beliefs, apocalyptic mindset and identity of the Qumran community - were they Essenes?

How the Dead Sea Scrolls authors interpreted the Bible

The relationship between the Scrolls and the New Testament

Some alternative or "fringe" interpretations of the Scrolls (Allegro, Thiering, and New Age views and the reactions of Scrolls scholars

Relevance of the Scrolls to the Book of Revelation

A university-level textbook is required as the main book for the course. Further reading is optional though the set text contains selected bibliographies and lists of web sites, enabling you to pursue further studies at your leisure.

No particular qualifications are required for entry but the ability to study from university-level textbooks is required.

However some familiarity with the Old Testament or with Jewish history will be advantageous.